‘Backcountry’ means different things to different people and the film explores the vast array of remote South Island rivers and various ways of experiencing them. From hiking (tramping) through beech forest, to stalking resident browns in clear flowing mountain runs and pools, to jet boating the upper reaches of braided rivers, to rafting down remote lowland waterways and catching stonking rainbows on bright pink streamers, this film covers it all.

A dramatic opening time-lapse of a flooded cascade sets the scene for some useful advice from Mike Kirkpatrick on not being afraid of high water in New Zealand. This leads on to some stunning aerial perspectives of the rivers and terrain, and of course plenty of heart thumping footage of the large browns and feisty rainbows that we all hope to catch in the South Island.

There is a refreshing thread of youthful enthusiasm throughout this film, with many younger accomplished fishermen paired with seasoned professionals including Mike Kirkpatrick, Rene Vaz, Andrew Harding and Nick Reygaert, the man behind Gin-Clear productions.

One scene in particular with Paul Procter, a UK journalist and instructor, captures the feeling we all experience with our first New Zealand brown. Fishing a classic run into a pool, after a solid take amongst adrenalin fuelled expletives Paul exclaims, “I thought you said that was small,” to which you hear off camera “…that’s not big for here.” Paul’s next few fish prove that to be so true.

Don’t miss Andrew Harding’s field tips for dealing with cold socks (hysterical) and be sure to learn from Jack Kos’s gutting experience — never leave your net in the car in this country.

Backcountry – South Island is best summed up with a quote from the film: “If God was a fly fisherman, and he designed a place for just him and his mates to fish, it would probably look just like the South Island.”

Couldn’t watch this on TV in Oz but finally get to see Nick’s latest work and it is world class. What a magic series it is, absolutely breathtaking fly fishing footage and some of the most spectacular action you’ll see. Nick just gets better and better behind the camera and even gets a fish in himself! I’d just left NZ when I watched this and thought I was cured of the NZ fishing bug, but now I want to head straight back again! The YTK and smelting episodes really captured my imagination. Well done to all involved. Can’t wait to see the second series! 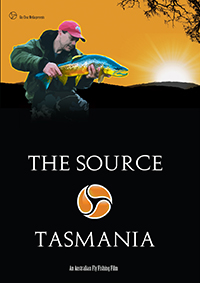 The people, the scenery, the weather, the rivers, the lakes, the wilderness and the inevitable hunt for trophy trout.
Strap yourself in for a breathtaking ride through Australia’s fly fishing wonderland – Tasmania
Watch anglers battle giant sea trout in the wild rivers of Tasmania’s West Coast, stalk massive tailing trout in crystal clear highland lakes, marvel at the hidden beauty of rainforest creeks and experience a great hatch on Tassie’s fabled lowland rivers.

More than a century ago the first trout to ever be successfully transported into the Southern Hemisphere were hatched in the Salmon Ponds Hatchery in New Norfolk, Tasmania…..therefore when it comes to fly fishing downunder Tasmania is THE SOURCE.

Filmed by Nick Reygaert in stunning widescreen format, this is a captivating portrayal of what it means to fly fish in Tasmania. 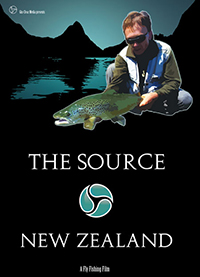 “We see anglers, waterscapes and landscapes from a distance, from above and below, from under the surface and from the angler’s point of view. The footage is a feast to the eyes, and surely some of the best that’s currently produced in fishing DVD’s.
Lots of fish, fishing action, catches and releases. Fireplace fishing at its best. Perfect entertainment for a rainy day. An excellent substitute for fishing. I have seen it at least ten times already, and still I enjoy it.”
GFF rating: 6 out of 6 = Global Class!    Reviewed by Martin Joergensen (globalflyfisher.com)

“The second Gin-Clear film in the “Source” series showcases the fly fishing nirvana of New Zealand. Mind-blowing footage from every angle… in the water, on the water, above the water. Shot on HD equipment to give a ‘cinema’ feel.
Incredible scenery, incredible fish, incredible adventure. This film has it all.”    Reviewed by Brad Harris (Flylife Magazine)

“Fly fishing is life and life is fly fishing. This is the key message of the wonderful fly fishing movie masterpiece The Source – New Zealand, produced and directed by Nick Reygaert and the Gin- Clear Media I have seen lots of fly fishing movies in the past, but very rarely a movie that combines footage of the top-notch fly fishing action on some of the most beautiful and scenic places in the world, sincere stories about life and fly fishing, told by local trout bums and other fly fishermen, who fell in love with New Zealand, and breathtaking photography of unspoiled nature and wild fish.”
Reviewed by Luka Hojnik (flyfish-slovenia.com) 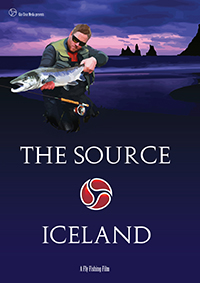 “I can’t say anything negative about this this movie, just that it was too short. The movie makes me want to see much more of what this great island has to offer trout wise.”