One thing I have always believed in is the power of business, both large and small, to be a vector for positive social and environmental change. I remember vividly talking with Orri Vigfusson, the founder of the North Atlantic Salmon Fund, and him imploring to me that relying entirely on government to make important environmental changes was pure folly. Orri, sadly, has left us now but his message rings eternal, “if you see an issue that you feel strongly about, then try to become part of the solution.”

In 2009, Matthew Hayden and Guy Reynolds decided to put something back into the Tiwi Islands, a place that had given them so much enjoyment in the past. What started as a very small project, designed to assist the Tiwi College’s sports program has morphed over the last eight years into something substantial – The Tiwi Garden Project. Led by Project Manager, Jason Ryan, it has produced Australia’s largest sustainable Indigenous garden and it is giving the Tiwi children options. Options for sustained healthy eating, fresh water, consistent mentoring and diverse career opportunities including a Junior Guide Program designed to give local kids work experience at the Tiwi Island fishing lodges. All powered by donations and input from Australian businesses and individuals, over the course Guy & Haydos have raised $3.5 million dollars without one government dollar being sought.

Guy Reynolds attended the RISE festival in Sydney last year and, inspired by Ben Godfrey’s Parallel Lines film, asked me if I would visit the islands to help introduce the junior guides to fly fishing, they get very little exposure to the sport, I leapt at the opportunity to help. The trip was exceptional, the fishing was mind-blowing but the project had a more profound effect on me. I was touched by the positive influence it had on the Tiwi community and inspired by the people involved with it. I felt compelled to make a film about what was happening, my way of lending a hand.

I knew Shannon Kitchener would be the perfect person to have along for the filming, not only is he an absolute weapon when it comes to fishing for barra and saratoga but he is a great cook and the king of boat banter. As soon as he sorts his casting out he’ll make an exceptional angler (just joking Shan, I had to get one back at you somehow!). Those of you that have seen Shannon in Parallel Lines would know that he is also an Indigenous artist and has also been, at various times, a tropical fly fishing guide. I thought that he would be great in a mentoring role for the Junior Guides during the filming. Sydney fly fishing enthusiast, Jacob Parmigiani, himself an artist rounded out our eclectic group.

The most valuable thing I’ve learned from over a decade of film making is to step back during production and give stories the opportunity unfold in front of you. It takes practice because your first instinct is to plan and organise so that the trip runs smoothly, it is a matter of getting the right people to the right place at the right time and then trusting that combination to deliver something special. It is a form of calculated risk-taking that is both exhilarating and addictive when it produces results.

When we landed at Milikapiti in the Tiwi Islands, Shannon was very keen to visit the gallery first. I was more intent on going fishing but I willed myself to step back. At the gallery we met, by chance, Pedro Wonaeamiri, he told us that in 1986 his father had taken two famous fly fishers to Goose Creek, an Australian and an American. Turns out it was Rod Harrison and Lefty Kreh. Shannon immediately suggested that he should come with us and we could teach him fly fishing.

When we pulled up to Goose Creek in Jason Ryan’s Landcruiser, Pedro, who was sitting in the front seat, launched into song in the Tiwi language. It was unprompted and it was loud and powerful, the hair on the back of my neck stood up. When he finished I asked him what it was about, he said he was calling out to his ancestors to introduce us and to welcome us to Andranangoo, their land. In an instant I knew what I would call the film and how it would start.

Moments so often define our lives and the paths they take, film is a magical way of preserving those moments.

The Tiwi garden project now supports a national program helping indigenous students around coastal Australia to become professional anglers and guides. It currently has 15 junior indigenous staff as of June 2018, and looks to double that number within 24 months.

Details of the program can be found on www.juniorguides.com.au 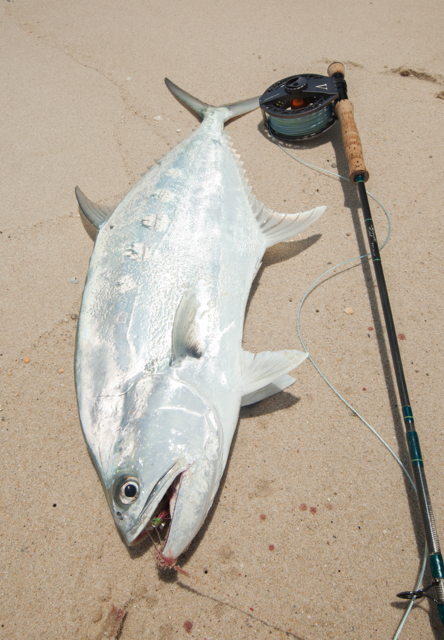 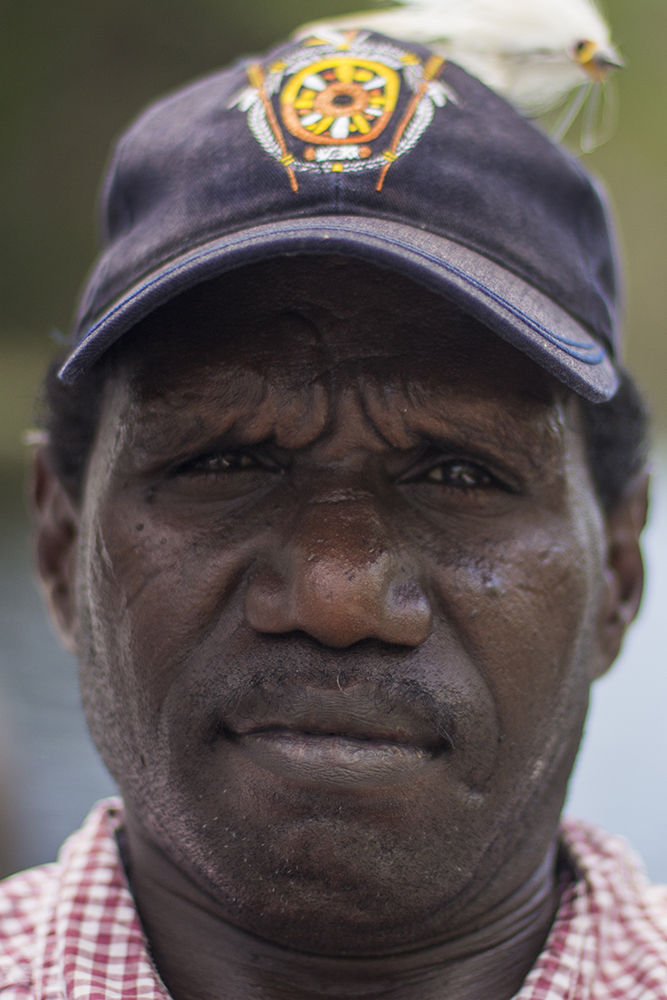 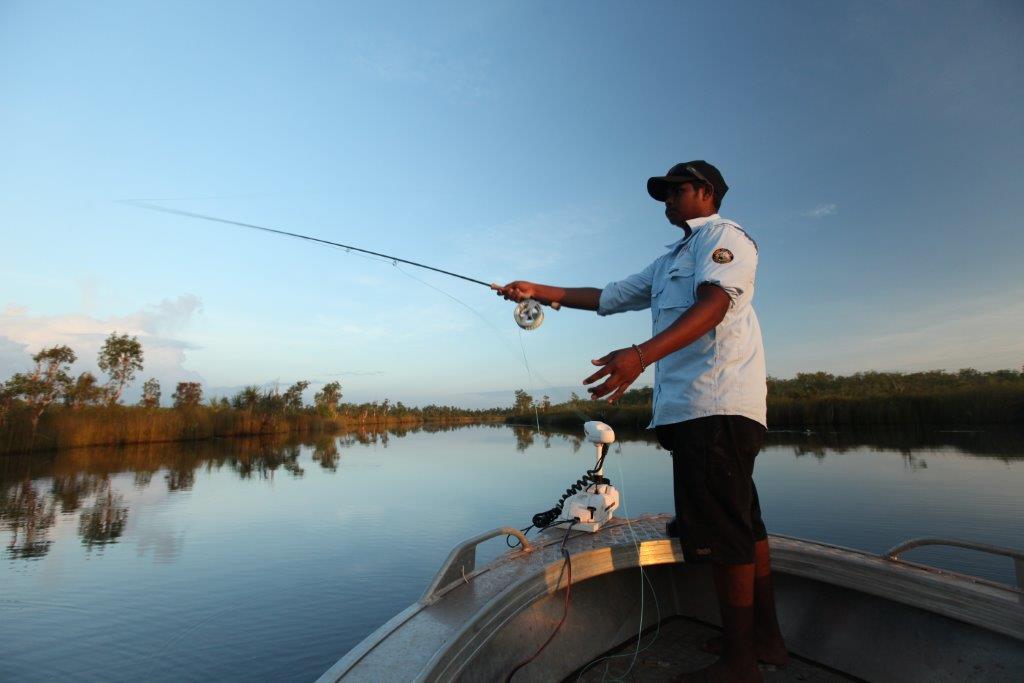 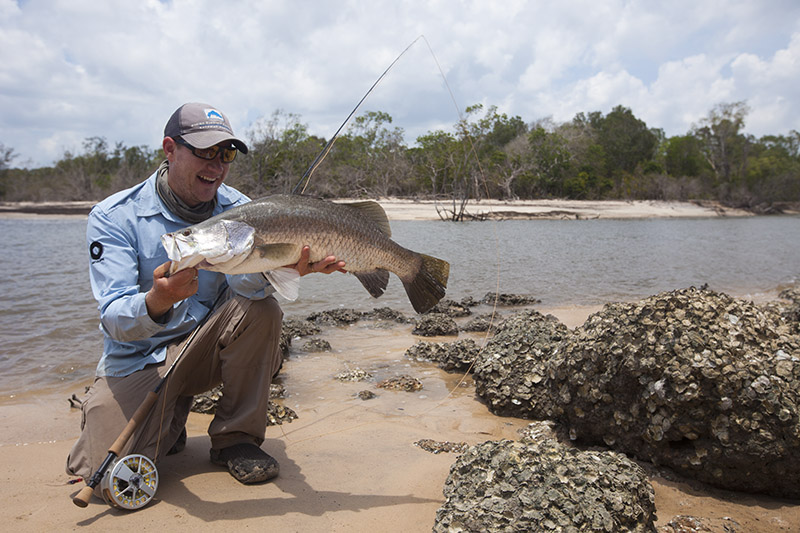